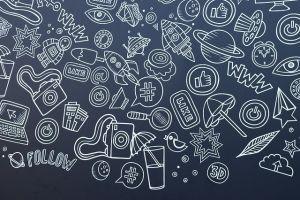 Community Support Only means Kicksecure ™ developers are unlikely to provide free support for wiki chapters or pages with this tag that link here. However, this concept is a little different from unsupported.

Please help us to better support this feature by becoming a contributor. Users are also asked to consider the Free Support Principle.

It might be possible to get this feature implemented, documented, tested and/or supported by purchasing Professional Support.

A lot of documentation has been contributed by the Kicksecure ™ community. Entries with the Community Support Only tag are routinely audited by Kicksecure ™ developers after being submitted and prior to publication. This means new entries are often reproduced and confirmed to be functional, as well as being non-malicious in scope. [1] In other cases, documentation was directly added by Kicksecure ™ developers in the past when they were interested in particular topics, although interests change over time.

Due to the wide scope of topics some documentation material can become dated, but it is often still useful for many interested users. Occasionally some instructions or guides may not work for individuals due to factors like user error, localized issues, transient (network) issues caused by third parties, updates by third parties, other or unknown causes. In this event relevant documentation is not deleted, but its support status will be properly clarified when issues are identified.

Interested users are free to ask questions in the Kicksecure ™ forums. In many cases there are existing or related threads discussing the functionality in question, raised by the Kicksecure ™ community or contributor prior to and/or after creation of the community documentation. There is a good chance that the contributor or community will be able to answer specific questions. However, Kicksecure ™ developers should not be expected to replicate the functionality, re-test or troubleshoot any issues.

Developers have significant time restraints due to their primary focus on improving the privacy and security of the Kicksecure ™ platform. Consequently, developers cannot constantly re-test the functionality of certain combinations of third party software in Kicksecure ™. [2] Fortunately when imperfect documentation exists the Kicksecure ™ community often steps forward to fix or enhance it.