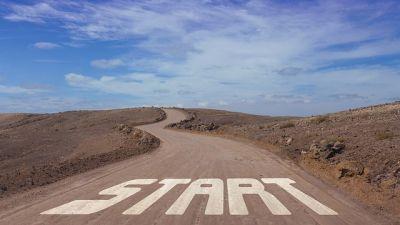 Kicksecure ™ aims to incorporate an advanced security model designed to defend against evolving threats. Most if not all desktop Linux distributions in their current state provide insufficient protection. [1] [2] These issues are unspecific to Kicksecure ™. As such, Kicksecure ™ developers have a lot of work to do. This page describes the goals, current status and limitations of our work. Dedicated wiki pages outline each sub-project in further detail.

Readers should note that most of the topics discussed here are still in development and are not yet used by default. Contributions and testers are most welcome.

Vulnerabilities in software are inevitable, therefore their impact must be contained by isolating processes. The Kicksecure ™ design has adopted the principle of least privilege

and security by isolation

Firstly, a full system AppArmor policy is in development to confine all user space processes on the system. This will be foundational to the security model and allow the implementation of strict mandatory access control restrictions on all processes, as well as finer-grain control over what they can access. Essentially desktop Linux can imitate design ideas already present in other more robust operating systems like Android (issues with Android). In addition to locking down user space, this also protects the kernel because it restricts access to kernel interfaces like /proc or /sys, reducing the likelihood of kernel pointer and other leaks.

The main drawback of this approach is the desktop Linux software stack was not written with isolation in mind. A delicate balance is necessary when restricting processes so user applications and the desktop OS remain fully functional. This stands in stark contrast to operating systems like Android which were designed to contain the entire operating system and application ecosystem with SELinux and the application sandbox. [3] [4] [5]

Mitigating common classes of vulnerabilities and exploit techniques is also on the Kicksecure ™ security roadmap, but the possible mitigations are limited at present. In the main, hardened_malloc is planned to provide strong future protection against heap memory corruption vulnerabilities; the intention is to preload this globally by default.

-- which is far more limiting and difficult to achieve. Unfortunately, some applications (mainly web browsers due to just-in-time compilation (JIT)

) [7] [8] [9] must be whitelisted. Currently, there is no protection for system services that run outside of sandbox-app-launcher — it is unclear how this could be implemented. Kicksecure ™ could possibly add its own seccomp wrapper, wait for S.A.R.A.

, use systemd's MemoryDenyWriteExecute, or other measures.

and others are highly desirable but are unlikely to be utilized due to current project resourcing.

Securing user space is a worthy security goal, but it is insufficient in isolation because it leaves the kernel as a soft target. In response Kicksecure ™ is developing hardened-kernel and security-misc in an attempt to improve the state of kernel security. Linux Kernel Runtime Guard is also used to help defend against off-the-shelf malware, but it will not help against dedicated or advanced adversaries because it is not difficult to bypass.

Kicksecure ™ is unable to completely address kernel security issues because they are rooted deep within its design and upstream developers are not very focused on serious security enhancements; see footnotes. [10] [11] [12] [13]

If malware is capable of bypassing other protections, Kicksecure ™ aims to prevent it from persisting. In future, verified boot will be used to verify the boot chain and base system, likely by chaining UEFI Secure Boot with dm-verity

. [14] This will be a difficult endeavor due to the layout of traditional desktop Linux distributions. Once this is implemented, there will be two main remaining vectors for malware persistence:

The first problem can be largely solved with apparmor-profile-everything and sandbox-app-launcher. By severely reducing the level of trust granted to the persistent state, the threat of serious harm from any resident malware is reduced and it is contained within its own sandbox.

The second problem cannot be solved by the Kicksecure ™ project. Instead, users need to rely on solutions like Intel Boot Guard

(different from UEFI Secure Boot) to verify the integrity of the firmware. Unfortunately these options are not very common.

Kicksecure ™ has adopted a best-effort, but admittedly quite weak approach. VirusForget attempts to deactivate malware after a reboot from a non-root compromise, by restoring sensitive files. This prevents malware from persisting through files such as ~/.bashrc. However, this is not a strong defense and it will not defeat the efforts of an active adversary.