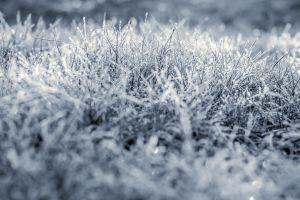 Warning: This is for testers-only!

Documentation for this is incomplete. Contributions are happily considered! See this for potential alternatives.

It is based on Linux

It is currently only tested in Kicksecure. Therefore hardened-kernel will likely work in Debian

There are two kernel configs, hardened-vm-kernel

Both configs try to have as many hardening options enabled as possible and have little attack surface. hardened-vm-kernel only has support for VMs and all other hardware options are disabled to reduce attack surface and compile time.

During installation of hardened-vm-kernel, it compiles the kernel on your own machine and does not use a pre-compiled kernel. This ensures the kernel symbols in the compiled image are completely unique which makes it far harder for kernel exploits. This is possible due to hardened-vm-kernel having only VM config options enabled which drastically reduces compile time.

A development goal is that during installation of hardened-host-kernel, the kernel is not compiled on your machine but uses a pre-compiled kernel. This is because the host kernel needs most hardware options enabled to support most devices which makes compilation take a very long time. This will be probably configureable, i.e. you will be able to opt-in to compile the host kernel locally too.

The VM kernel is more secure than the host kernel due to having less attack surface and not being pre-compiled but if you want more security for the host, it is recommended to edit the hardened host config, enable only the hardware options you need and compile the kernel yourself. This makes the security of the host and VM kernel comparable.

These kernels use the linux-hardened patch for further hardening. Custom hardening patches should be sent there.

Both configs were based on the default Debian config.

Here is a list of the improvements of the config. This may not be complete but has the bulk of the features.

hardened-kernel disables numerous options within the kernel in an attempt to minimize the exposed attack surface.

Many features within the kernel are designed to allow the root user to modify kernel code. This is unacceptable within our threat model. As such, features permitting this level of access are disabled:

Note that we enable CONFIG_KPROBES, but we still use a minimal configuration to avoid exposing attack surface to user space as other security functionality requires this, including LKRG and tirdad. [8]

However, despite these efforts, the following remaining kernel features have been identified to still be able to modify or extract sensitive data from the kernel:

The above features can only be disabled with custom kernel patches which are not included yet.

In order to further reduce attack surface, hardened-kernel also disables dangerous features that have resulted in kernel vulnerabilities or can otherwise aid exploitation:

In addition, a wide variety of unused filesystems, partition types, unused LSMs (only AppArmor is enabled) and vulnerable, legacy drivers have been disabled.

hardened-kernel enables as many security features as it can:

is a patch for the Linux kernel that adds many useful hardening features:

There are some additional features that we do not yet take advantage of however:

We are contributing to linux-hardened and adding more hardening features

. These are not merged yet. This list documents these upcoming features:

The following options are not enabled because they are not yet present in LTS kernels:

The following options are not enabled because they require compiling the kernel with Clang rather than GCC:

There is currently not very much of an incentive to switch to Clang however, once exploit mitigations such as Control-Flow Integrity are upstreamed, this must be reconsidered. Switching to Clang now would likely result in a security decrease as we will lose GCC plugins such as RANDSTRUCT and STACKLEAK.

Both kernels disable some drivers that are unlikely to be used to cut attack surface. The drivers disabled are as follows:

Since this is an Open Source / Free/Libre/Freedom Software project, development help is very much welcome!

Why will Kicksecure always be free? Because Kicksecure is Freedom Software.