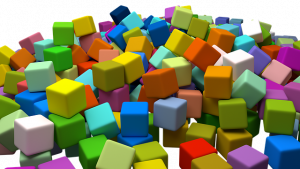 Warning: This is for developers-only!

This launcher is geared towards end-user applications, not any system software. The directory /shared is shared across all application sandboxes to transfer files across.

This implements a permissions system to configure what applications can access. There are currently five available permissions:

All user-installed applications will be automatically configured to run in the sandbox and a prompt will ask which permissions should be granted to the application (not implemented yet).

The launcher is currently a work-in-progress and is not yet ready for actual use. To learn more, see:

Bubblewrap allows developers to make use of namespaces

. All applications are run in mount, PID, cgroup and UTS namespaces; IPC namespaces are planned but are not currently implemented due to limitations in Xorg. Fine-grained filesystem restrictions are implemented via mount namespaces and AppArmor. Seccomp blocks certain syscalls which can greatly reduce kernel attack surface among other things.

. In addition, the arguments of some syscalls are filtered to:

Install sandbox-app-launcher. To accomplish that, the following steps A. to D. need to be done.

The procedure of installing sandbox-app-launcher is complete.

For example, to setup a sandbox for firefox, run.

To show all sand boxes.