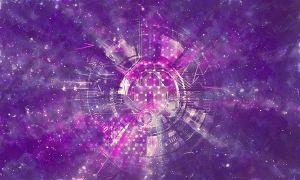 The greatest security benefit comes from applying full disk encryption (FDE) on the host because that is the only place where it is most effective. Nevertheless, for the interested reader this section makes recommendations to deal with the following threat model:

The following security considerations are based on modified quotes by Iszi

from the answer posted on security.stackexchange.com

, which was a user contribution to stackexchange, licensed under cc by-sa 3.0

When using FDE within the VM, never save (suspend/pause) the VM machine state, but instead shut it down completely. If this advice is ignored, the saved machine state could be stored outside of the encrypted image. This includes a RAM dump, which contains the encryption key required to decrypt the image. Upon resuming the VM, that stored file is not necessarily securely deleted, since it is virtualizer-specific.

While the VM is running, the host system's sleep, suspend, or hibernate functions should not be used. Similar to the first scenario, these actions leave a RAM dump on disk, but this time it belongs to the host. This also contains sensitive data, such as encryption keys.

VM files can also be stored in an encrypted container, such as a LUKS container. Newer and native support for LUKS encryption of disk images is available as of libvirt 2.10 [1] The same precautions should be taken as outlined in the previous section, as the risks equally apply.

FDE within the VM, LUKS encrypted containers for VM images, and FDE on the host can all be used independently, or in conjunction. However, increasing the layers of encryption may begin to significantly degrade performance. End modified quote by Iszi.

Encryption is an area with many pitfalls; consider the following additional risks.

Installing Debian inside a VM first including full disk encryption (FDE) and using Distribution Morphing to morph Debian into Kicksecure ™ and result in an encrypted Kicksecure ™ VM image.

This is mostly theoretic and very most likely will not happen unless a volunteer contributes it which seems very unlikely.

The host of security considerations suggest that an unrealistic set of operational rules are required to defend the integrity of a purely encrypted guest image. Use of Full Disk Encryption (FDE) is recommended instead.

For further information about encrypted images, see How Useful is In-Guest Encryption?

Readers interested in running Kicksecure ™ as a live OS should refer to VM Live Mode and Host Live Mode.