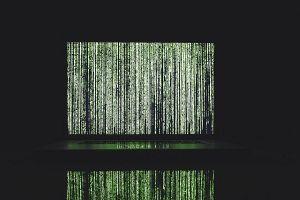 Full Disk Encryption (FDE) can protect data at rest from physical access such as a stolen hard drive in case a computer or notebook gets stolen. Data at rest means, that a full disk encrypted computer is powered off.

To provide sufficient security from password cracking brute force attempts, it is required to use strong passwords. See Passwords.

In an advanced threat model it is also required that the FDE key has also been already decayed from the computer's volatile memory (RAM) so it cannot be extracted from there either. See also Cold Boot Attack Defense.

Full disk encryption is generally not designed to defeat malware.

This is currently unsupported and does not provide any additional protection. The Encrypted Images wiki page provides a detailed explanation, with the conclusion noting:

The host of security considerations suggest that an unrealistic set of operational rules are required to defend the integrity of a purely encrypted guest image. Use of Full Disk Encryption (FDE) is recommended instead.

Such software is only effective in jurisdictions that have human rights and follow the rule of law. In scenarios where one might face indefinite detention or worse, it is actually better to avoid using plausibly deniable encryption feature. According to game theory, the adversary incurs a neglible cost by prolonging torture or incarceration for the captive while the reward of finally breaking the victim is much greater, in case there was actually anything to be found. [1] In group scenarios, using deniable encryption is a strong disincentive against the captured member "defecting" to save themselves since they cannot prove to the captor their loyalty. [2]

Even in relatively civilized states, the laws have been misconstrued to make civil liberties protections at the border weaker. In the case of the US, the Fourth Amendment can be violated at will by customs officers. This section assumes a scenario where one is compelled to divulge passwords without measures involving physical harm or indefinite imprisonment. In such situations it is always recommended to exercise your right to remain silent and to request a lawyer. Your devices will most likely be impounded and therefore backups of important data should be made beforehand.

It is safest to assume that a machine has been compromised after any unauthorized physical access.

If unauthorized access is strongly suspected or confirmed, the hardware should not be trusted or used after it is back in your possession. This scenario is only relevant to a small minority who are already targeted for physical surveillance. A sufficiently skilled adversary can infect it with spyware or sabotage it in a number of ways that are virtually undetectable. For example, malicious firmware could be installed to record all activities, or the machine rendered inoperable by bricking the hardware. In that eventuality, none of the measures outlined in this chapter will help.

As noted above, advanced attackers have virtually limitless possibilities to infect a computer under their physical control, such as flashing low-level firmware or adding physical implants.

Plausible deniability and Full Disk Encryption (FDE) are also useless if subjected to physical abuse by a captor.

A safer option is to have not left any discoverable data traces on a personal machine in the first place. See VM Live Mode, Anti-Forensics Precautions and Host Live Mode.

To protect against theft of personal information or data, FDE should be applied on the host, and the computer turned off when exposed to higher-risk situations like traveling. In the case of laptops, the battery should be temporarily removed after powering off. This ensures that the RAM chips are completely powered down and that any encryption key(s) in memory are erased. [4] See also Cold Boot Attack Defense.

Be sure to follow the standard advice for picking strong and unique passphrases, so they cannot be feasibly brute-forced. Also, computers should never be left unattended in untrusted venues.

Configuring FDE during system install is straightforward. The default cipher is AES-256 in XTS mode.

Gnome Disks Utility creates LUKS partitions with AES-128 by default which is insufficient in event of quantum computers materializing. This has been successfully reported and fixed upstream as of February 2019, [5] [6] but until it lands in Debian, an appropriately secure container must be manually created. Afterwards, unlock the device and format the internal filesystem as EXT4 in Gnome Disks.

First enumerate the device. They will usually be called 'sdb1', as sdaX is reserved for the system on default installs. To avoid confusion, only connect one removable device at a time.

Create a LUKS container and change the device name as needed, then follow the prompts.

It is safer to re-encrypt the device with a stronger key rather than performing a quick format that will otherwise leave the old/weaker header intact.

They will usually be called 'sdb1', as sdaX is reserved for the system on default installs. To avoid confusion, only connect one removable device at a time.

Fortunately, header resizing is usually unnecessary (otherwise it will abort the process).

Abruptly disconnecting power can cause data loss. To safely pause the process (in case of system sleep/shutdown), cryptsetup can be suspended (e.g. by Ctrl+C) and it will automatically restart from where it left off if temporary header files are present in the home directory. [11]

Encrypted containers have the twin advantages of flexibility and mobility of folders, allowing more files to be added on the fly without needing re-compression and re-encryption (as in the case of using GPG).

As of the next point release in Kicksecure ™ 15, Zulucrypt is included by default. In the Kicksecure ™ command line version, containers can be managed from the terminal with zulucrypt-cli.

Zulucrypt is the Linux answer to encrypted containers, making use of the reliable LUKS disk encryption specification. It is compatible with encrypted tomb files

and also capable of reading and creating Truecrypt / VeraCrypt

containers. Note that Veracrypt containers only support a maximum password length of 64 characters, but LUKS has a maximum value of 32,767 (although a recently fixed bug had limited it to only 100 characters). [12] Until it is possible to use 20-word diceware passphrases to lock LUKS containers, it is recommended to use makepasswd to generate 43 character strings. These can then be pasted into a text file that is encrypted with GPG -- which does not have low character limits -- essentially creating a makeshift key file.

Containers grow dynamically as more data is added. Opened containers are mounted under /run/media/private/user. More than one password may be added for access, making use of LUKS' key slots feature behind the scenes. [13]

Important Note: In order to have post-quantum resistance, the aes.xts-plain64.512.sha512 option is recommended for 256-bit encryption (the encryption key-size is split in two with XTS mode).

To view the container header, run.

With LUKS it is possible to nest containers of different encryption ciphers; for example, by placing a Serpent and Twofish container inside each other, wrapped in an outer AES one. Be sure to select the .xts-plain64.512.sha512 variants in all cases. Each inner layer should be 1 MB less than the outer layer to allow space for each container's respective encryption header.

The plausible deniability feature is available with volume types Normal+Hidden Truecrypt/Veracrypt. Veracrypt volumes support crypto-cascades as a feature, so manual nesting is unnecessary. However, be warned that Truecrypt/Veracrypt volume types only support AES-128. Plain dm-crypt containers with a non-zero offset can be used to provide hidden volumes according to Zulucrypt's manual. This is yet to be tested by Kicksecure ™ developers.

In the case of flash-based storage like solid-state drives (SSDs) and USBs, the only way to protect data is to never store it unencrypted in the first place!

Unlike hard-disk drives (HDDs), overwriting data on SSDs is no longer effective in wiping the disk. [34] [35] For instance, it is insecure to rely upon a fast erase mechanism by overwriting the header and key-slot area. [36]

The most dire potential consequence would that old passwords are not erased, and for a significant period. Consider the following concrete example: someone changes their computer password because they noticed it was exposed to shoulder-surfing or CCTV. On a SSD, the old password may still be retrievable. If so, it could be used to decrypt the master key and all data. Secure overwriting is only guaranteed with magnetic disks that use non-journaling filesystems. [37]

Wear-leveling mechanisms like TRIM also leak information about the filesystem that can aid forensics. [38] [39] [40] [41] [42] [43] It is strongly recommended to keep TRIM disabled (the default) during Linux LUKS-encrypted installations.

Gnome Disks utility provides a convenient way to manipulate LUKS container passphrases (including the host's) and the overlying filesystems. Previously, it could not be relied upon for encryption because it used AES-128 as a hardcoded default [44] [45] (as of Debian stretch). However, this bug was fixed in Debian buster so it now provides adequate post-quantum security. For encrypting removable media refer to this guide.

To install it, run.