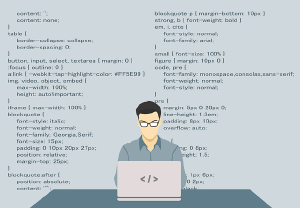 Tip: Kicksecure ™ should preferably be used only on computers without shared access.

It is unwise to allow others to use your computer, even if they are trustworthy individuals. If they are not equally knowledgeable in computer security, then one mistake could potentially lead to compromise of the entire system. [1]

Needless to say, Kicksecure ™ should not be hosted in the cloud

, on a foreign server that is not controlled by the user, on a virtual private server (VPS)

Use a Dedicated Host Operating System and Computer[edit]

. The other operating system (OS) such as for example Microsoft Windows could modify the unprotected /boot partition or firmware to maliciously compromise Qubes or the host OS, and also potentially spy on user activities.

Kicksecure ™ users are recommended to use one dedicated host operating system (OS) just for hosting Kicksecure ™ VM (in case Kicksecure ™ is hosted on a VM). Otherwise, if the host OS which is used daily is compromised, Kicksecure ™ cannot provide any additional protection. This is because the host is part of the system's trusted computing base (TCB)

For a computer system, the trusted computing base or TCB comprises the set of all hardware, software, and firmware components that are critical to establishing and maintaining its security. Typically, the TCB consists of an OS with all its in-built security controls, individual system hardware, network hardware and software, defined security procedures and protocols, and the actual physical location of the system itself.

Maintaining the confidentiality and integrity of data on a system is a prime responsibility of the TCB. The trusted computing base is also charged with enforcing the system’s security policy, and is the only component of a system that operates at such a high level of trust. This means that if any part of the TCB is subverted or contains flaws, the overall security policy of a system may be compromised.

See Malware and Firmware Trojans to learn more about the impacts of a compromised TCB.

For even greater security, the dedicated host OS can be used on a computer solely bought for Kicksecure ™ activities. Ideally this computer will have never been used for anything else before, negating the risk of a prior hardware compromise.

See: Kicksecure ™ on USB or other External Media.