From Kicksecure
Jump to navigation Jump to search 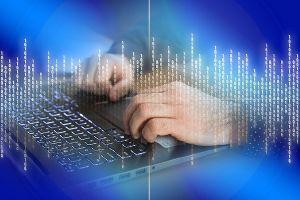 Physical attacks require adversaries to have direct access to a user's computer and cannot be conducted remotely. This section should be read in conjunction with the Full Disk Encryption and Encrypted Images chapters.

The instructions in this section refer to BIOS or legacy BIOS. Users with UEFI firware should research specific instructions for their computer.

The Basic Input/Output System (BIOS) is non-volatile firmware which performs hardware initialization during the computer's booting process after it is powered on. It also provides runtime services for operating systems and progams. BIOS in modern PCs initialize and test system hardware components, as well as loading a boot loader or operating system from a mass memory device. The Unified Extensible Firmware Interface (UEFI) is the successor to BIOS that was released in 2011. [1]

All local settings are stored in BIOS, including power options, boot options and memory information. The BIOS menu allows the user to set and change a boot password for the computer upon startup. An administrator password can also be set to prevent others from changing BIOS settings. To set a BIOS boot password: [2] [3]

For greater security, a password should be set to access the BIOS menu itself. Search the Security or Password BIOS menu for "Set supervisor password", "User password", "System password", or something similar. [4] Also, users may prefer to configure BIOS to only allow booting from HDD/SSD so the computer cannot be booted from CD-ROM or USB flash drives.

It should be noted that there are numerous

, so this method will only prevent casual attempts to gain access.

Due to the design of modern computers, nearly all the data manipulated during a session is temporarily written to RAM. This can include texts, saved files, passwords, and encryption keys! Data from more recent activities has a greater likelihood of still residing in RAM. [5]

Modern computer architecture poses a significant risk to Kicksecure ™ users. Adversaries with physical access to a computer running Kicksecure ™ may be able to recover all session activities, even if FDE is enabled.

Even when a computer is powered off, the data in RAM does not immediately disappear. Depending on the circumstances, data can survive for up to several minutes. For example, this occurs when a computer loses power abruptly and does not go through the normal shutdown cycle. [6] If an adversary has immediate physical access to a computer, a cold boot attack

In both cases, the RAM contents can be analyzed in a computer forensics laboratory. Depending on what is found, the user may be in serious peril. Notably, cold boot attacks have proven effective against Trusted Platform Modules (TPMs)

, as well as full disk encryption regardless of the vendor or operating system. For certain memory modules, the time window for an attack can be extended to several hours by cooling them with a refrigerant. [7]

Cold boot attacks are thought to be a very uncommon method of recovering data, but high-risk users should be prepared for such a contingency to stay on the safe side. So long as a cold boot attack is not mounted directly after shutdown, then contents of RAM should be emptied within minutes. [8]

Kicksecure ™ does not yet provide an analogous feature to Tails, which wipes RAM on shutdown

by overwriting it with random data. Possible interim solutions include:

Cold boot attacks are a clear and present danger for high-risk users due to the limited countermeasures available. In the purely hypothetical situation where an adversary is knocking earnestly on the door, safest would be pressing the panic button on the host, leading to the contents of RAM being quickly wiped. Failing that, the computer should be immediately shut down and access to the computer delayed as long as possible.

If an encrypted computer is left unattended, it is possible for an adversary ("evil maid") to secretly access it and install a hacked bootloader. The process has two steps: [13]

for further details and a discussion about possible solutions.

If the user has a TPM chip, [15] anti-evil maid measures are available for:

High-speed expansion ports allow attackers to penetrate computers and other peripherals because the connected devices have direct hardware access to enable maximum throughput.

In practice, attached devices are permitted to read and write directly to memory, often without supervision of the operating system. This is in contrast to user-mode applications that are usually prevented from accessing memory locations that are not explicitly authorized by virtual memory controllers. [17]

are even available on GitHub

! [21] Mitigating the threat of a DMA attack requires mostly physical security countermeasures; it is recommended to:

If a computer is left unattended, always lock the screen of the host or shut it down for greater safety.

Locking the screen on the host prevents others from viewing or using the device. It is advisable to set the screen to lock after a certain period of inactivity, and a strong password is recommended. Note that screen lockers provide notoriously weak protection

, so do not overestimate their effectiveness. [24]

It does not help much to lock the screen of a virtual machine (VM). If the host operating system (OS) is ever compromised, then any VMs it hosts are also effectively compromised. Therefore if anything, it is much better to lock the host screen. See also Screen Lock.

Kicksecure ™ does not provide protection against most side-channel attacks

...any attack based on information gained from the physical implementation of a cryptosystem, rather than brute force or theoretical weaknesses in the algorithms (compare cryptanalysis). For example, timing information, power consumption, electromagnetic leaks or even sound can provide an extra source of information, which can be exploited to break the system.

Side-channels emerge because computation takes place on a non-ideal system, composed of transistors, wires, power supplies, memory, and peripherals. Component characteristics vary with the instructions and data that are processed, allowing measurable variance to be used by attackers. [32]

While Kicksecure ™ has some limited countermeasures to side-channel attacks, in general it cannot provide protection against most classes, nor hardware keyloggers

, TEMPEST, miniature cameras and so on. Full disk encryption is also helpless against these attacks.

For further reading on this complex topic, see here

Have you read our Documentation, Design and Developer Portal links yet?

The personal opinions of moderators or contributors to the Kicksecure ™ project do not represent the project as a whole.