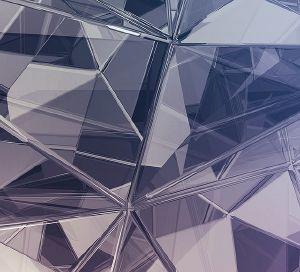 and record nearby conversations. [1] [2]

It is recommended to check whether the computer or notebook has a microphone. Microphones are often built-in and go unnoticed. In most cases it is advisable to disable the microphone for security reasons. If Kicksecure ™ is ever compromised by malware, an adversary could eavesdrop through the microphone. [3] Similarly, keyboard acoustic side channel attacks can use the audio leakage from keyboard typing to infer the words up to a certain degree of accuracy. [4] [5]

Another eavesdropping risk concerns mechanical HDDs. Researchers have discovered that maliciously modified firmware is able to record Positional Error Signal (PES) data that registers minute disturbances in the platter with internal sensors; high-quality recordings of sounds like human speech could be reconstructed from this information. This attack has several limitations: [6]

While the SSD alternative avoids this threat, it has the drawback of uncertainty when encrypted volume headers are deleted or encryption passphrases are changed.

Above described risks also apply to touch screen devices like smartphones and tablets. [8]

Joanna Rutkowska, security researcher, founder of Qubes OS, removed all microphones and cameras from her smartphone (iPhone) in year 2014 and posted a photo, see @rootkovska (on twitter.com)

For best security, external microphones should be unplugged. If the microphone is built-in and the user decides to disable it, there might be a BIOS option available. Suitably skilled users can also attempt to remove built-in microphones, although this is more difficult.

The drivers for the sound card can also be disabled, which prevents all output/input audio:

Disabling microphones on the host as per above chapter would be more secure.

Multiple Kicksecure ™ should be used for:

In this way, the microphone is used in select Kicksecure ™ and not all. The microphone should be unplugged after use.

For VoIP purposes, audio pass-through capability may need to be enabled for the respective hypervisor. The following section documents how to get audio working on supported platforms.

KVM by default emulates a line-in/line-out in the virtual sound device, meaning microphone passthrough to guests is enabled if it is turned on for the host.

When the VM is stopped, run.

Or when the VM is up and running, use.

The attack paper SPEAKE(a)R: Turn Speakers to Microphones for Fun and Profit

clarifies why there is a need for a strong warning against speakers.

Speakers can be turned into microphones.

A speaker is approximately on the technical level the same or very similar to a microphone. Any speaker (a device that produces any form of audio output) can be abused as a microphone.

Computers, notebooks, phones, smartphones, smartwatches, tablets and similar devices most times contain both, microphones and speakers which can be abused for eavesdropping. A user intending to reduce all risks of spionage, needs to consider the

of all of these devices.

Newer methods of advertisement tracking can link multiple devices via ultrasound covert channels. This technique works by playing a unique sound inaudible to human ears which is picked up by the microphones of untrusted devices. Watermarked audible sounds are equally dangerous, which means that hardware incapable of ultrasound is an ineffective protection. [18]

There are multiple ways inaudible beacons can be used for surveillance, including to de-anonymize users of the Tor network: [19]

Researchers have also demonstrated that air-gapped computers in the same room can exchange data via ultrasonic waves, whether they are equipped with earphones, headphones or passive speakers. Contrary to the expectations of most computer users, microphones are not required. In fact speaker-to-speaker communication was used to transmit data between computers up to nine meters away from one another. In the case of headphones, data could be exchanged up to a distance of three meters. [20]

It is also possible to issue hidden, ultrasonic voice commands with speech recognition systems like Siri or Google in order to control other systems. For example proof-of-concept attacks using "DolphinAttack" included activating Siri to initiate a FaceTime call on iPhone, manipulating the navigation system in an Audi vehicle, and activating Google Now to switch the phone to airplane mode. [21]

Interested readers are suggested to view the following demonstration videos:

Countermeasures can be categorized into hardware and software considerations. [20] [21]

Obvious physical countermeasures include utilizing computers that are speaker-less and microphone-less. This may require physically removing microphones, speakers and the beeper which is very difficult. [22] Those at high risk should also avoid the use of headphones, earphones or simple earbuds because this eliminates the risk they can exploited by malware and converted into eavesdropping microphones or data exfiltration tools. If this is not feasible in the circumstances, then prefer always connecting headphones instead of using passive speakers.

It is also advisable to have (air-gapped) computers in strict physical isolation and not in close proximity to other computers or electronic devices. Other devices should always be considered potential eavesdropping, profiling or even data exfiltration threats. In the worst possible scenario, other devices may even be able to issue commands that affect functioning on the primary device used for privacy/security activities (although research shows devices must be in close proximity; around one meter).

Webcams on infected machines can be used to take snapshots, record video or eavesdrop using the built-in microphone. Recent research

reveals that even remote screen views can be accurately determined via webcams, due to "content-dependent acoustic leakage from LCD screens." [25]

Always check if the computer or notebook has a webcam; one might be built-in, but have gone unnoticed. Check the computer's datasheet and operating system hardware manager to be sure. It is recommended that (external) webcams are disabled or removed, unless there are immediate plans to use it inside Kicksecure ™. Once a webcam session has finished, it should be disabled and preferably unplugged straight away.

If the webcam is built-in, check whether it can be disabled with a BIOS setting. Suitably skilled users can attempt to remove built-in webcams, although this may be difficult. As a stop-gap measure, the webcam can always be covered with thick adhesive tape or a cap, so long as it is opaque.

If a BIOS option is unavailable or it is impossible to physically disable the webcam, then the webcam drivers should be disabled:

Avoid using wireless keyboards and mice because most send data unencrypted. Even if this was not the case, the robustness of the cryptography involved in proprietary products cannot be verified. A local adversary up to 100 meters away can sniff keystrokes and inject their own, allowing them to take over the machine. [26] [27]

While most users are capable of minimizing the threats posed by microphones, speakers, webcams and wireless input devices, this presupposes that the underlying hardware has not itself been compromised. In recent years researchers have focused on the risks posed by hardware trojans, which involves (quote modified from original source to clarify): [28]

...malicious modification of the circuitry of an integrated circuit. A hardware Trojan is completely characterized by its physical representation and its behavior. The payload of an HT is the entire activity that the Trojan executes when it is triggered. In general, malicious Trojans try to bypass or disable the security fence of a system: It can leak confidential information by radio emission. HT's also could disable, derange or destroy the entire chip or components of it. Hardware Trojans may be introduced as hidden "Front-doors" that are unknowingly inserted during the design process of a computer chip in the schematic files. This can be done by compromising the machines of chip architect firms. This method is more difficult to detect than searching for extra malicious chips added during the manufacturing phase. Relying on pre-made application-specific integrated circuit (ASIC) semiconductor or intellectual property cores (IP Core) that have been purchased from a non-reputable source, or inserted internally by a rogue employee or state sponsored spying and espionage, exposes end consumers to supply chain attacks.

The implication is that virtually any purchased hardware, particularly from non-reputable sources, could have hardware trojans that might cause data/password leaks, allow remote attackers access and extraction of cryptographic keys. While physical inspection, destructive testing by comparing manufactured chips to a "golden chip", functional testing and built-in tests can help to identify hardware trojans, this is costly and only feasible for technically competent individuals or agencies. [29]

Recent research suggests that advanced hardware trojans may not be detectable by existing means if they are implemented below the gate level: [30]

Instead of adding additional circuitry to the target design, we insert our hardware Trojans by changing the dopant polarity of existing transistors. Since the modified circuit appears legitimate on all wiring layers (including all metal and polysilicon), our family of Trojans is resistant to most detection techniques, including fine-grain optical inspection and checking against “golden chips”.

In this case researchers demonstrated that "Dopant-level hardware trojans" could break any key generated by Intel's secure RNG design while still passing the functional Intel testing procedure and the NIST random number test suite, as well as creating hidden side-channels to leak out secret keys from a side-channel resistant SBox implementation. While military, corporate and government entities are most likely to be targeted by stealthy hardware trojans, this illustrates that virtually no hardware is safe from determined and well-funded adversaries. It is also a cautionary tale against relying exclusively on any hardware RNG for generating secrets.