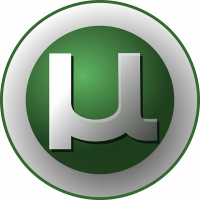 This page describes how to share files with others.

If you are interested in copying files into and out of Kicksecure ™ Virtual Machines, see File Transfer.

... provides a library and a command-line tool named wormhole, which makes it possible to get arbitrary-sized files and directories (or short pieces of text) from one computer to another. The two endpoints are identified by using identical "wormhole codes": in general, the sending machine generates and displays the code, which must then be typed into the receiving machine.

This is by far the simplest way to send files securely between two endpoints that the Kicksecure ™ developers have encountered.

, a family of cryptographic algorithms that uses a short low-entropy password to establish a strong high-entropy shared key. [3] The codes are short and human-pronounceable, using a phonetically-distinct word list. The receiving side offers tab-completion on the code words, so usually only a few characters must be typed. Wormhole codes are single-use and do not need to be memorized.

In the future, it is planned to use ephemeral onion services (OnionShare style) to eliminate reliance on a rendezvous server susceptible to DoS attacks. [4] Work on a Rust port is underway. [5] [6]

The following example shows the output related to sending the file "README.md" with Magic-Wormhole. Replace README.md with the name of any file in the home directory. [7]

The secret wormhole code must not be sent over an insecure channel, as an adversary can perform a Man-in-the-Middle (MITM) Attack and intercept transfers with complete reliability.

By default, wormhole codes contain 16 bits of entropy. If an attacker can intercept the network connection -- either by owning your network or owning the rendezvous server -- they can attempt an attack. They will have a one-in-65536 chance of successfully guessing the code, allowing them to pose as your intended partner. If they succeed, they can immediately start a new wormhole (using the same code), allowing your partner to connect to them instead of you. By passing, observing, and possibly modifying messages between these two connections, they could perform an MITM attack. [8]

Basic probability suggests that peers will see a large number of "WrongPasswordErrors" before the attacker is likely to successfully guess any wormhole code. In fact, about 32,000 failures would be reported before they have a 50 percent chance of being successful. If many failures emerge and it appears someone is trying to guess the codes, it is possible to make a longer code and significantly reduce adversary chances, for example: wormhole send --code-length=4.