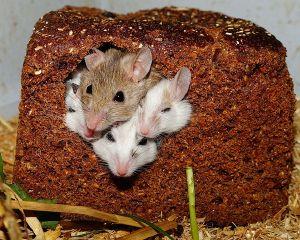 It is possible to run virtual machines (VMs) inside other VMs. This configuration is known as nested virtualization: [1]

Not all hypervisors and operating systems support nested virtualization.

Nested virtualization is not a simple by-product of developing a virtualizer. Nested virtualization is not automatically offered as a feature and this is also true for various third party virtualizers. For example while the VirtualBox virtualizer has existed for years, the ability to run VirtualBox inside VirtualBox using Intel CPUs was only offered as a feature in v6.1 released in 2020. [2] This demonstrates that extra code is required for this functionality and that also implies a greater attack surface.

By mixing virtualizers -- for example by running VirtualBox inside the VMware virtualizer -- the attack surface is increased because the virtualizer code of both products is involved which increases risk of a "break out".

Running VirtualBox, KVM or Qubes inside Qubes is difficult and is not offically supported by the Qubes developers; this is unrelated to Kicksecure ™. To learn more about the current state of support, search the qubes-devel

Perform these steps on the host (L0).

Perform these steps inside the VM (L1).

Install virtualbox. To accomplish that, the following steps A. to D. need to be done.

The procedure of installing virtualbox is complete.

2. It should now be possible to use VirtualBox inside the VM (L1).
3. Make CPU core adjustments.

If the VM (L1) has 3 "physical" (actually virtual) CPU cores do not assign more than 2 virtual CPU cores to VM (L2). Start with 1 virtual CPU for the VM (L2). If that performs well, consider experimenting with an increased number:

Only Kicksecure ™ 64-bit builds are available for download; see 32-bit or 64-bit? for reasons why. Some virtualizers provide nil or limited support for running nested VMs that require 64-bit. This might be an issue when trying to run Kicksecure ™ in a nested virtual machine.

Did you know that Kicksecure provides protection against backdoors? Read more