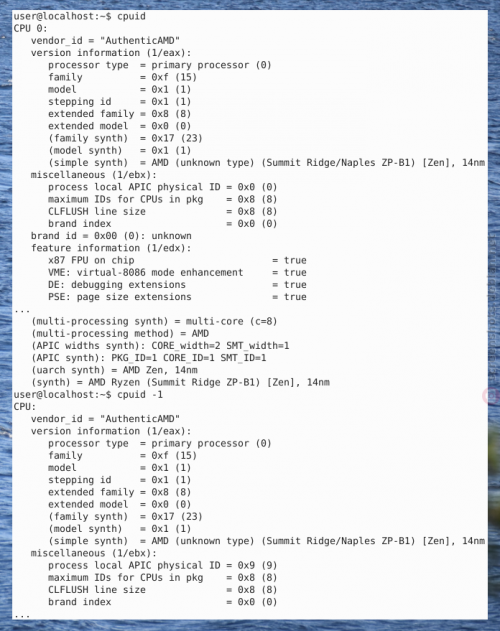 is a processor function that allowing software to discover the model and capabilities of the processor. This can be a security or privacy risk.

The technical background of these two cases is being elaborated below.

What information does CPUID give?

Any information that is related to Processor including the design of the Processor can be fetched using CPUID instructions. For example, we can get the following information using CPUID using different leaf values: 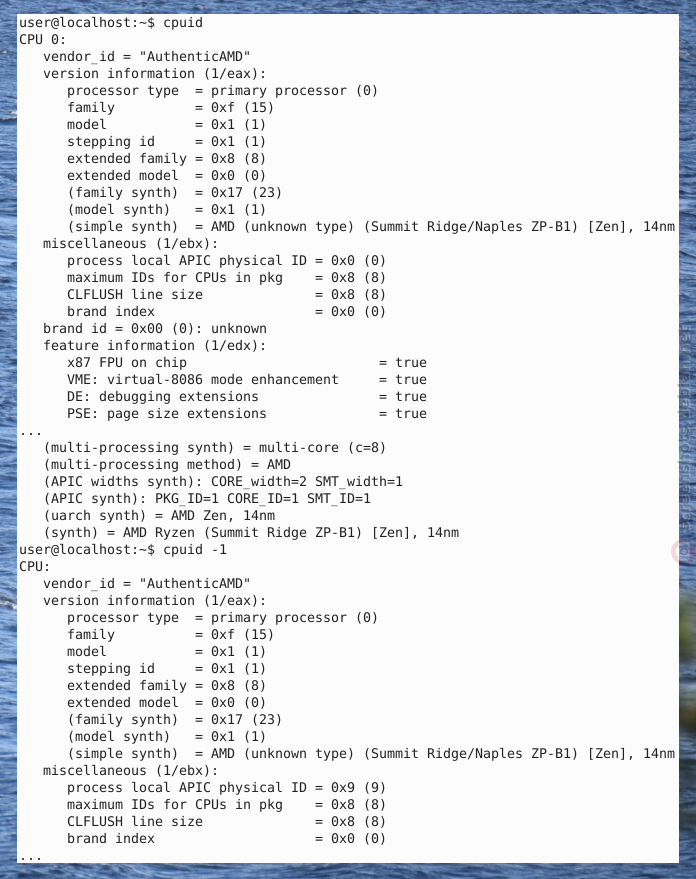 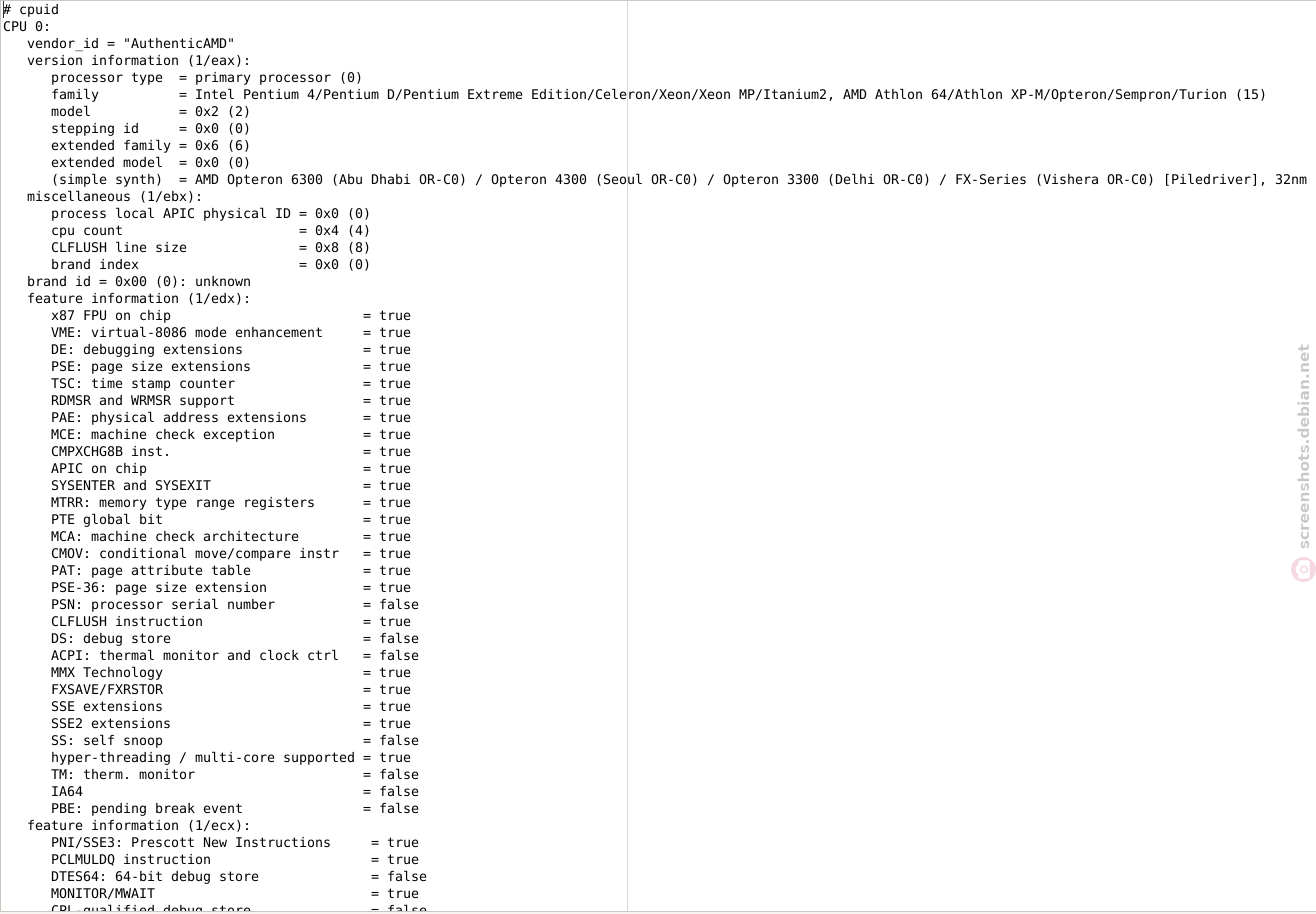 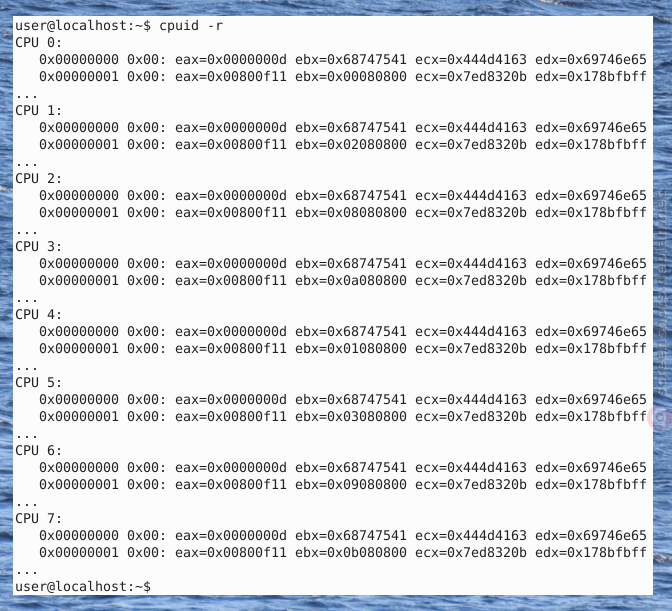 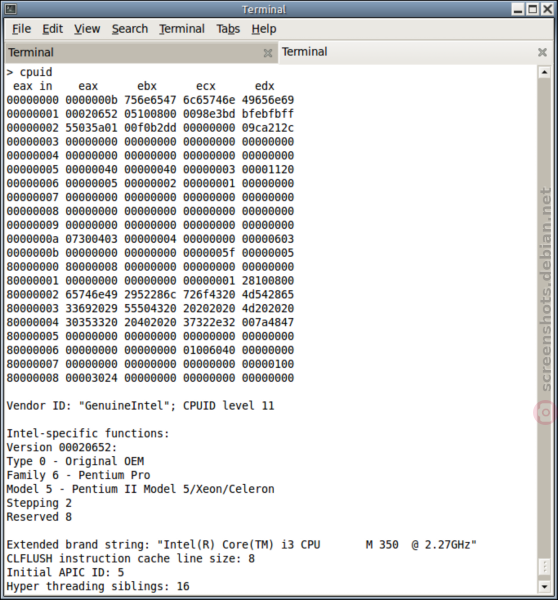 cpuid is a program that uses the processor's cpuid function and shows its result.

Note, that the availability or unavailability of the cpuid from the package repository is irrelevant. This is because the CPU's cupid function is a non-privileged instruction. Meaning, any other application could easily call the same CPU function.

Optional: Users interested to learn more or view their CPUID could use cpuid.

If you are using Kicksecure ™ inside Qubes, complete the following steps.

If you are using a graphical Kicksecure ™ with XFCE, run.

Install cpuid. To accomplish that, the following steps A. to D. need to be done.

The procedure of installing cpuid is complete.

The process of showing information from the processor's cpuid function has been completed.

On Linux systems, there are at least two ways to access CPU information.

This wiki chapter documents ways to check if any potential ways of CPUID spoofing are effective. It does not provide instructions on how to perform CPUID spoofing which might be impossible on the Intel / AMD64 platform.

1. Run cpuid (or an alternative, if any is available) before making any attempts of CPUID spoofing. Store its output in a text file cpuid1.txt.

2. Apply any possibly available steps to spoof the CPUID.

The user could experiment with emulators such as bochs, virtualizers such as VirtualBox and its settings [1] or other options.

Due to the lengthy output of cpuid with many different details, manually comparing the two files could be cumbersome and error-prone. Instead, using a file comparison tool of the user's choice is recommended.