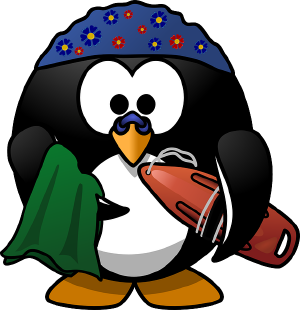 Interested readers can refer to The Linux Kernel Archives

to see the prepatch, mainline, stable and long-term kernels that are currently available.

For the vast majority of Kicksecure ™ users, there is simply no reason to change from the distribution kernel that is in use.

The general expert consensus is that while LTS kernels have less hardening features and not all bug fixes are backported, they have less attack surface and potentially less chance of having new bugs. In comparison, stable kernels have more hardening features and all known bug fixes to date, but a higher attack surface and a greater potential for new bugs. [4] The grsecurity development team has also noted that the majority of Linux kernel vulnerabilities are those that have most recently been introduced (released) in newer versions. [5] [6]

The developer who is responsible for stable Linux kernel releases (Greg Kroah-Hartman), has also confirmed this viewpoint. His recommendation of what kernel should be used (ranked from best to worst) is as follows: [7] [8]

In Debian's case, it is noted that the distribution kernel is not based on the latest stable upstream kernel release, but they still ensure that any necessary bug fixes are applied on a regular basis.

Kicksecure ™ developers have also noted there is a risk of instability and breakage when utilizing kernels from Debian backports. [9] For instance, this had previously resulted in Qubes breakage [10] and caused mismatches in the kernel image versus kernel headers.

One possible exception to the recommendation in this section concerns Kicksecure-Qubes users, since the dom0 kernel applies to all qubes by default. To benefit from a number of recent security developments (such as Linux Kernel Runtime Guard (LKRG)), the use of in-VM kernels

to cause many unrelated, strange issues inside VirtualBox VMs because that kernel version was still unsupported by VirtualBox. [11]

Kicksecure ™: No preparation is required.

Kicksecure ™ for Qubes: A Qubes VM kernel is required.

Warning: This is for testers-only!

Note: this applies to Kicksecure ™ 16.0.5.3. Later Kicksecure ™ versions may use a codename different to bullseye.

Alternatively, users who like Onionizing Repositories can set the .onion mirror.

The procedure is now complete.

On occasion it is necessary to undo this configuration, for example when upgrading from Debian bullseye to bookworm. [17] To proceed, run.

These steps can be repeated for any other host operating system installations or other VMs.