Jump to content
This is the stable version, checked 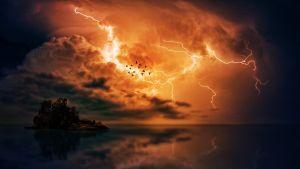 , other issues have emerged such as:

It is important to examine the objectives of the entities backing up a software project even if the code is apparently released under an open license. The impact on users' freedom in the future is at stake as a captive market is a winner takes all scenario. Consider the examples below.

Mono was released under dubious language concerning patent assertion, allowing Microsoft to arbitrarily enforce them if advantageous. If there had been high adoption of Mono, it would have given Microsoft enormous leverage over the language's ecosystem. Fortunately, the libre community did not take the bait and shunned the framework. Even though the patent situation changed recently, the well had been poisoned. [5] The SCO patent trolling used by Microsoft as an attempt to kill off Linux in the 2000s was not forgotten.

. While the permissive licensing is technically libre, it allows companies to close up forks or mandate non-free plugins. This locks in users on hardware platforms which would usher in a new dark age for libre software development and porting, and also lead to significant security and trust issues.

This unscrupulous conduct by industry players was not possible for the longest time because re-inventing another compiler with the same feature-set and architecture support as GCC was cost prohibitive. The widely cited consensus is that the competition has had a healthy outcome for GCC, leading to improved error codes, performance and features like plugin support - albeit carefully, to prevent closed plugins from piggy-backing on the compiler. However, another aspect is that compiler-specific quirks act as a "network effect" whereby if one component of a project only works with LLVM, the rest of the project follows with no interest from the developers to fix bugs or work on compatibility with GCC. For example, Libreoffice (on Windows) is switching to Clang because the the Skia renderer will only compile with it. [7] Over time, this could drain resources from the copyleft GCC as corporations and distributions conclude it is not cost effective to contribute to a compiler with shrinking market share.

Chromium greatly amplifies Google's influence and ability to impose their custom standards and protocols, including on web standards; the impacts on freedom are unconsidered. [8] Google repeatedly snub and bypass the W3C standard body especially when improvements to user privacy are proposed. [9] The features they design also make performance notably worse in competing browsers. [10] When released, the existing plan for new API limitations will prevent current and even possible future rewrites of adblockers.

No attempt to address these concerns have been made by the Chromium developers. [11] [12] Every Firefox installation provides Mozilla with a bit more leverage and diverts advertisement money from Google. The less people use Firefox, the less website creators will care to invest into developing websites for compatibility, thus killing it off indirectly. If Mozilla's revenue dies and they cease to exist, Tor Browser will also disappear - destroying a key component of the privacy ecosystem. The present Chromium engine is unsuitable for privacy projects

because it cannot provide equivalent Firefox protections, and there is no willingness to change the design to accommodate such initiatives.

There is a war on general purpose computing. More and more electronic devices sold nowadays are actually general purpose computers, but by default come with artificial restrictions that impede user control over the devices. The user gets only limited user rights to use the device. Administrative capabilities ("root rights") are purposefully withheld by the vendor.

Due to the denial of the ability to observe/modify what the vendor's code is doing, vendors:

People are reduced to vassals in this relationship involving them and the hardware vendor. For more examples consult Chapter User Freedom Threats to see how some technologies are abused to restrict user freedom.

The fact, that highly technical people are sometimes capable of circumventing some of these technical restrictions, if sufficiently motivated, is besides the point as the censor has succeeded in accomplishing their objective of blocking the majority of the population who do not have a sophisticated knowledge of technology. The root issue is, there is a lock and the vendor refuses to give the key to the user. That root issue does not go away by breaking the lock. Big, most hardware vendors locking down devices is a far more important, powerful movement than a few hackers that can sometimes circumvent technical restrictions in a cat and mouse game which would be lost eventually by the hackers. For example Google's SafetyNet hardware attestation is currently unbreakable. Quote GrapheneOS on Banking apps

GrapheneOS doesn't attempt to bypass the checks since it would be very fragile and would repeatedly break as the checks are improved. Devices launched with Android 8 or later have hardware attestation support which cannot be bypassed without leaked keys or serious vulnerabilities so the era of being able to bypass these checks by spoofing results is coming to an end regardless.

The trend is clearly going into the direction of the general population of loosing access to general computing rather than gaining more freedom. It won't be happening today, tomorrow or next year. It's a gradual long term trend.

. While there are probably good intentions and strong technical advantages for going into that direction (recovery mode boot, factory reset, Verified Boot), the result of requiring to enable a developer mode to be able to modify arbitrary files on the disk, would make it trivial to switch from freedom (unlocked) to non-freedom (locked).

Once most devices are locked down, the few remaining libre compatible options could either be pressured to lockdown by economies of scale (corporations requesting digital restrictions management (DRM) in their hardware and would make custom hardware batches exorbitantly expensive and out of reach), or through outright bans by politicians mandating proprietary, surveillance friendly operating systems, citing the Four Horsemen of the Infocalypse

. These would then effectively control which applications can be run.

Users should own your hardware as well as their software. Avoid non-freedom software. Avoid locked hardware. Use Freedom Software. When purchasing new devices, the user should check:

Device Attestation such as SafetyNet[edit]

Many apps nowadays are tapping into Google's SafetyNet. Using SafetyNet allows apps to check and refuse to run on user modified devices running custom operating systems that are freed from spyware, bloatware that comes by default with most Android devices from mainstream OEMs.

SafetyNet is a certification that the device is not modified compared to a state authorized by Google. Google only certifies devices for SafetyNet if these comply with Google's "Android compatibility tests". [19] At minimum Google Play Services need to be running to be eligible for certification. Installed Google Play Services however lead to massive data snooping by Google.

It guarantees "security" not for the user but for the app developer. Many essential applications that does not exactly conform to Google's mandates refuse to run.

Device attestation is a worldview where apps should only be able to operate on the user's device without user or researchers having the ability to audit or stop what the application is doing - such as inspecting what data it is harvesting and phoning home.

Affected are most banking apps, streaming services, some transportation app and messengers (Snapchat).

Device Attestation such as SafetyNet is part of the War on General Purpose Computing.

What many users want to avoid:

Harvested personal information and user data is used to build a model of the user. That model is then used to manipulate the user such as to influence purchase and political decisions. That data is then sold and resold forever. The stolen data is then used against the user in many immoral ways. Once the data leaves the device, the user looses all control over it and the user will never be able to reign it again. Once leaked, never deleted.

Sigstore [20] [21] [22] [23] is an industry-led initiative to create a chain of trust for software with the objective of accomplishing something similar to what Let's Encrypt had done for website TLS certificates. At face value, having a curated transparency log for all Linux software and enforcing that only digital signature signed processes run (as part of Verified Boot) seems good, but the devil is in the details. A developer would need to authenticate with an OpenID Connect (OIDC) provider such as Google or GitHub to verify ownership of their email address and possession of previously generated keys. This centralizes trust and would make it trivial for these corporations to censor publishing code they find disagreeable as they are the self-appointed gatekeepers of verification.

). As torrentfreak reported, GitHub Warns Users Reposting YouTube-DL They Could Be Banned

in Wikipedia, this was due to a request by the Recording Industry Association of America (RIAA). Fast forward, youtube-dl is now available again on github but this just one of many examples that there are issues.

Publisher anonymity may become impossible as most of the aforementioned entities require invasive proof of identity to allow signing up to their services. While the governance structure allows for multiple developers from different companies to play key roles in a rotating fashion, it is questionable how independent they can really be if pressure comes to bear on following certain orders or risk losing employment or promotion.

Hence it is reasonable to conclude that Sigstore will play a role in the War on General Purpose Computing and further limit which devices laymen users can run programs on without restrictions imposed by the operating system vendor. It might result in as a subversive attempt by corporate interests to create a walled garden that allows only certain "approved code" to run on Freedom Software systems as opposed to the decentralized distribution repository system that all Linux desktop distributions are using nowadays.

Such a design also raises questions about the integrity of the transparency log should one of the OpenID providers become compromised. Freedom Software developers and operating system maintainers would do well to steer clear from Sigstore.