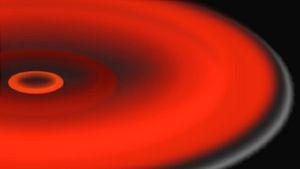 . Kicksecure ™ is Security Hardened by default and also provides extensive Documentation including a System Hardening Checklist. The more you know, the safer you can be.

This page is an introduction to computer security.

Before reviewing chapters in the Computer Security section, be sure to also read the Warning page.

Wiki entries in this section purposefully focus on:

Achieving greater security depends on how much time the user is willing to invest in Kicksecure ™ configuration. Security also rests upon the daily practices and procedures that have been adopted by the user, see Documentation.

It is important to store multiple, encrypted backups of sensitive data.

If the user does not possess at least two copies of the original data, then it should be considered lost. The reason is data on one medium might become inaccessible and beyond repair at any minute. In this case, the computer would not even detect the risk, so data recovery tools would not be of help either. [1]

For greater security and to protect from incidents like fire or theft, backups in separate physical locations are recommended. Additionally, backups can be stored on remote servers, but the user must be sure it is encrypted properly. [2]

It is unsafe to store files directly in the root section of the home folder (like /home/user). [3] It is far better to use a sub-folder and store the file there, for example:

The following sub-folders in the home directory should also be avoided: [4]

If files are downloaded to the ~/Downloads folder -- the only folder available if the Tor Browser AppArmor profile is enforced -- then move them elsewhere. A folder of your own choosing will keep its contents private from any confined application that is later (hypothetically) compromised.

Other folders that should also be avoided include: [5]

It is easy to choose folder names which are better than the default naming convention. As soon as a user prepends or appends a random number or string to a folder (such as my-), this makes it unlikely that AppArmor profiles or possibly other mandatory access control frameworks will allow access to these folders by default.

Another reason is that some commands such as sudo rm -rf /var/lib/apt/lists/* (sometimes useful in case of APT issues) are unsafe if a typo is made. If a space is added before the asterisk symbol ("*") by mistake then this would by default delete all files (except hidden files) in the user's current folder (often the home folder). (But not folders in that folder). [6]

To learn about known bugs affecting all platforms, see here. Refer to the issue tracker for a list of all all open issues affecting Kicksecure ™.

Greater Security and Next Steps[edit]

After reading and applying relevant steps outlined in this section:

In all cases, users should follow the Post-installation Security Advice.

For greater security pre- and post-Kicksecure ™ installation, users should read the Documentation pages widely to learn more about potential threats and mitigations. For instance, users might like to consult the Design pages, and consider the recommendations outlined in the Basic Security Guide and Advanced Security Guide sections. Users with limited time can refer to the System Hardening Checklist.