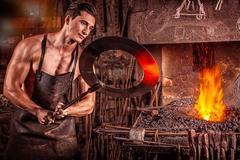 Security Hardened by default and also provides extensive Documentation including this System Hardening Checklist. The more you know, the safer you can be.

This page is targeted at users who wish to improve the security of their systems for even greater protection.

It is possible to significantly harden the Kicksecure ™ and/or host platform. This reduces the likelihood of a temporary or persistent compromise, while increasing the chances of successful, secure activity. Hardening is dependent upon a user's skill set, motivation and available hardware. The checklist below is intended to provide a quick overview of important issues, categorized by difficulty level - easy, moderate, difficult and expert.

Phones, smartphones, smartwatches, tablets and similar mobile devices are vulnerable to advanced malware and can be abused for eavesdropping, espionage, location tracing and more. Since the mobile devices security best practices for risk mitigation are often difficult / infeasible to adhere, it might be easier to physically move all mobiles devices to a distant physical location such as a different room and close the door and/or to power mobile devices.

Open file /etc/sysctl.d/30_security-misc.conf in an editor with root rights.

(Kicksecure ™ inside Qubes: In Template)

Uncomment all lines starting with net.ipv4.

This procedure can also be repeated on the Kicksecure.

TCP SACK is not disabled by default because on some systems it can greatly decrease network performance. [38]

is only necessary if traveling with your laptop or PC. It is not required for home PCs that do not change locations.

Qubes / Kicksecure ™ for Qubes only.
Note: Some traces of DisposableVM usage and data contents will leak into the dom0 filesystem and survive reboots; see here

for further information. (This is a Qubes-specific issue and unrelated to Kicksecure ™.)

Flash the Router with Opensource Firmware[edit]

Warning: risk of bricking your router!

This is an experimental feature recommended for testers.

Have you found our Documentation, Design and Developer Portal links?